Welcome to the show notes of the Boostly Podcast Season 8 Episode 11. This is a recap of my interview with Damien Fogg where we talked about how to remove unnecessary spends in business during the coronavirus crisis.

Follow Boostly on the following channels to get more tips, tactics and knowledge on how you can increase your direct bookings

Damien Fogg is a former financial advisor and currently a full-time property investor. He has been involved in the financial services industry for decades. He managed to retire about six years ago and live off the money that his investments made. Now he just geeks out on markets and numbers and money.

He helps other people manage their finances a little bit better and get started with investing. I have been working with him for a while now and have kind of been prepared for something like this. Not necessarily this and certainly not at this scale, but it’s something that has been on the horizon for a while until we’ve talked about prepping for it. From a financial point of view, getting ready for something like this to happen and being in a position where it doesn’t end.

Damien is currently based up in York and stuck in quarantine.  He is originally from the northwest and Liverpool. He should be in Bali right now but he’s stuck in York.

Damien thinks the easiest way to start is to use your bank statements. Look at all of your direct debits and all of your standing orders, and just go through each one of those and figure out what it’s for. So there’s a three-stage process that Damien tends to go through, reduce, remove, or replace, that was the third one. And basically, you’re looking at everything that’s on your direct debits on the order list and just questioning whether or not First of all, do you need it? If you do? Can you reduce it in any way, shape, or form? Or can you remove it or can you replace it? And so usually, in normal circumstances, there’s a few things on there that you can possibly like, do you need Netflix and Amazon Prime and Disney plus and YouTube? Do you need all of them, you could probably cut one or two or all of them, maybe depending on how tight you need to make your belt. So in normal circumstances, that’s the sorts of stuff that you’d be looking at.

With what’s going on at the moment, though, we can get a bit more dramatic with it. So obviously, a lot of people going to have mortgages that they need to pay, the government said that pretty much insisted or mortgage lenders have to use the three month holiday if you want more. So speak to your mortgage lender and just say, Look, I don’t want to pay my mortgage for three months, you’re not gonna get away with not paying it, all we’re gonna do is roll it up. So you will have to pay back in the future. And you’ll probably be charged interest on that. But from a cash flow point of view, in the interim, it’s not a bad starting point.

Also, if you’ve got any loans that you’re paying back, or credit cards that you’re paying back, things like that, speak to the people, the lenders that have given you the money in the first place and see if you can negotiate either a payment holiday or if you’re on a standard credit card deal, and you’re paying back at 19 or 29% speak to them and say look, can I drop this to a 9% for the next three months, because that’s more breathing room and you can actually clear your debts a little bit quicker. Times are a little bit weird right now, but it’s given us the opportunity to be fairly aggressive with any sort of debts that you’ve got outstanding. And really, you’re in a strong negotiating position. say Look, I don’t want to pay this right now so give me some wiggle room, that’s probably a good starting point, just getting a list of all of your standing orders, and then going through line by line each and every item and just saying, Do I really need this right now? Is this something that’s going to add either massive amounts of value? Or is it going to help me generate some sorts of income? And you can do that both personally and as a company as a business?  And so all of the different things that you’re looking through, just be looking at them, I think is now the time to be having this and to be subscribing to this. That’s kind of the mindset you’ve got to go into this situation.


When it comes to more of the self-employed side of things, specifically, at the lowest end of self-employed people, predominantly sole traders, when the Chancellor is talking about, submit your accounts. So very briefly, what he’s basically said was, what is your average net earnings net profits over the last three years, or over the last 12 months, if you’ve not been running that long, they’ll take an average of that and then pay you 80% per month of whatever your net monthly salary profit was, and you’re not going to get that until sometime in June and it’ll be three payments all wrapped up in one. So that’s roughly what the offer is, which is probably out of date.

By the time you listen to this, if it’s Monday, next week, probably on a date, you’re looking for something else. But right now, that’s the offer. For self-employed people, they’ve specifically targeted and said, If you earn more than 50,000 a year, you’re not getting any help. So and their argument has been well people earn over that the average is 217,000. So you guys should have some savings. So go live off that. The only other option you’ve got, if you’re in that position is to go onto Universal Credit, which is what, like 90 odd quid a week or something. So it’s not going to cover most people’s expenses by a longshot.

So they’ve taken the view of let’s support the people that are at the lowest income brackets just know the right thing to do on the basis of if you’re earning a decent wedge of money, you should have been financially more intelligent over the last several years, and you should have built up three to six months worth of contingency fund. You should have other passive sources of income, or at least another source of revenue somewhere.

But when you get to a certain stage, having all of your eggs in one basket can be quite dangerous. Going forward, that’s definitely something people need to take from this. If you are a limited company, you’re Incorporated, then it seems very mean because, for a tax efficiency point of view, people have been paying themselves a small amount so that you get your full National Insurance Contributions. And then the rest of them paid is a dividend from what I’ve read, they just completely ignore dividends. So all you can then do as a Incorporated, self employed owner-manager, whatever you want to call it, all you can apply for is 80% of that 728 pounds a month or whatever it works out, you’re very much been disadvantaged.

If you’ve tried to be tax-efficient in the past, if you are set up in a way that is more tax efficient. So if you’ve incorporated rather than just being a sole trader, it seems like a bit of a slide dig that the government’s given and even in the press conference where he came out with this self employed stuff. He finished off with Oh, and by the way, we’re going to review how this works going forward, and we’ll make sure that self-employed people pay just as much taxes. It seems like a bit more of a left-wing almost but it seems like it’s a bit more left-leaning in the budget side of things. There was anything specific you wanted to talk about.


Research on any content on YouTube. Check Damien’s blog as well. One of the places you can start a bit of a weird cheat, but if you actually look at some of the online trading platforms, there’s a bunch of other ones out there, but you don’t need to sign up with them. You don’t need to give them any money. If you just go onto their website, they’ll have a crapload of guides of how to get started investing, what does the stock market even mean? They’ve got loads of beginners guide because obviously, it’s their job to get you to give them money, but it’s not a bad resource and a bad starting place to find out about all the different options out there. Even if you avoid the specific vehicles you can use in the UK, the general guides to how do I invest in real estate investment trusts they talk you through what is a real estate investment trust? And what’s the difference between that and a property company. And so they’ve got loads of different guides, that’s probably not a bad way to start off, give me a crapload of money.

You can find more about Damien at The EP Investor. 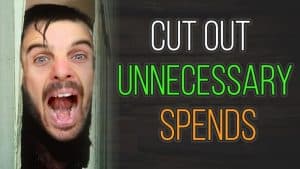