Ahmed Khan, the man who has over 40 properties all around UK and manages them through iPhone 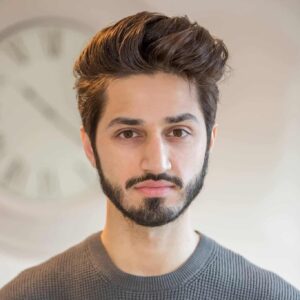 Having all you need to do to run a business is just having a phone or a laptop and an internet connection. One of the things I realized was that I needed something which was going to make a lot of cash flowed pretty, pretty fast. So when I looked at the normal way of doing property, because that’s one of the things that was interested in, it was, it was great for making money. Had the time to wait 10, 20 or 30 years, and wait for the property prices to go up, wait for the way for you to build up your portfolio and all those sort of things.

So short lets, or the other thing I’m doing is I’m taking a property and I’m managing it for someone else. And I’m taking a fee for managing it again on Airbnb. So that’s what I’ve done in the last couple of years. And one of the reasons I got started in this business was because when I did the initial research.

I found there was a quite a lot of different apps and systems and different things you can plug in, which could allow you to run the whole thing, basically, you have an iPhone. And that’s, you know, that’s kind of the lifestyle I want to live, which is be able to do anything from anywhere as long as you have an internet connection in life.

There’s a book I read recently, it’s called measure what matters. It’s not the most exciting read, it’s a bit of $1 read. But it’s, it’s written by a person who actually built a management framework within Google. So it’s a guy who was really high up in Silicon Valley. And it’s a book written by him, I believe a guy.

Now, what’s interesting about that book, and the reason I like it is because you know, a lot of people have great goals, and they’ve got a big vision that this is what I want to achieve. But then, in reality, most people have the vision, they’ve got the goals, but they don’t actually have a plan to get to that goal. Or they don’t have a vision, they don’t have a step by step layout, or how am I going to get there? So I feel a lot of people, they build these amazing goals, but they don’t have a clear road path. Well, how am I going to get there with you know, with set deadlines with set steps.

And if you, if you don’t know how you’re going to get there on a piece of paper, is very unlikely you’re going to get there, get there in practice, because if you have no idea what you’re doing on a day to day basis in order to get somewhere within the next 12 months or 18 months. And you can’t put that on a piece of paper and come work how well this is what they introduce step one, step two, step three, then how do you execute in the real world?

Ahmed Khan looks up to 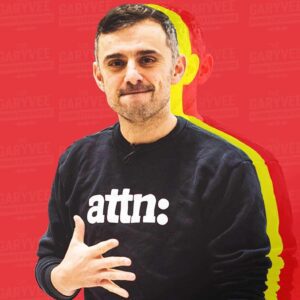 What was the one thing that we could do better?

The one thing they can do their benefit if you wanted to use just a you needed a minimum of five properties, because they had to make it worthwhile for them. So if someone wanted to get listed, they had to have five properties. Now, I’ll put this out to you to to listeners, which is a basically said to me, because I’ve been using it for a couple of years. If I recommended someone, then they don’t need five listings, I can get on with one. So I refer people all the time. And again, I don’t get paid for that are they just to make that clear, they will guess he doesn’t have any affiliate scheme, I do hope they have one in the future. Because you would be a rich man will work out some sort of like credit scheme or something or one loss.

In other words, they said they were going to introduce one at some point, but it doesn’t matter. If someone if someone can find it useful. And I can introduce them, I’m more than happy to that, then we’re an issue. But that’s the one big thing, which is the limitation. But they don’t have a limitation student who knows, that’s the one big thing. The other one is their accounting isn’t great. A lot of town managers are regular the accounting in terms of you can easily see how much money is coming in how much is going out there and very good with accounting. They’re very good with the reception service and 24 seven support and those sort of features pricing, they don’t give it accounting at all, I think they’re getting better there improving.

What was Ahmed Khan doing in his business to help enable you to grow?

Once the automation framework built, the whole thing was being automated. There was no limitation from an operations point of view, whether I had one or whether I had 100, because I was simply just plugging another one in. And it was the same system, there was some issues with having different cleaning teams and different maintenance teams on the ground. But to a large part, if someone goes from one to 100, they have to hire more.

So they have to train more staff, they have to been get someone to manage their stuff. And that slows you down. Because I didn’t have any of that, all I was doing was taking one plugging in, because that framework is already set up. So I just had no operational challenges, except with some on the ground sub with cleaners and maintenance. But from a from a bulk of it, the main framework is just a simple case of plugging another one in.

How were you filling your properties?

Yeah, so we do Airbnb but those are the only two I use. I like OTAs, but there’s a lot of issues with OTAs and commissioned is one of them. And the fact that it’s very, very easy for competition to enter, right? If I’ve got 10 out of 10 problems in ot aids, tomorrow morning, someone to kill lyst take 10 more apartments on down the road. And now they also have 10 more problems on OT, there’s no barriers to entry. Right? All you have to do is make an Airbnb account and you’re up and running. Because I wanted direct bookings because direct bookings is not that hard.

It’s like a Google business pages, working with sevens combination agencies, all that sort of stuff. But 99% of the people rely only on OTAs, Airbnb, booking.com, being probably the main two, and then you can check in Expedia, and Huawei and all that all those sort of ones. But I do a lot of direct stuff with Google business pages and SMS combination agencies, because most people don’t. That is where like the big money is because we’ve the longest breaking. Had the longest through an agency long term looking was 11 months, someone pay me by the night for 11 months. Because what happens is with a lot of these long term surface, initially the guy by for two months, but he was a contractor.

Listen to the full podcast with Ben Porter-Smith on iTunes and Anchor or visit Boost Hospitality Podcast for the full list of episodes!