What are the long term effects of Coronavirus for the Hospitality World? with Danny Rusteen

Welcome to the show notes of the Boostly Podcast Season 8 Episode 10. This is a recap of my interview with Danny Rusteen.

Danny Rusteen runs OptimizeMyBnB.com six years ago since he started working for Airbnb. Since then, he became a super host. He worked for an Airbnb property manager. He started his own Airbnb property management company in 2017. He has written the best selling book for Airbnb hosts and he’s been focusing on content. He got a YouTube channel and Instagram. He does live videos often and then his blog posts where he’s just putting out a lot of content.

Something he put out recently was a video and a blog post about Coronavirus. It’s about how to differentiate yourself, the quick action you should take and how long you should do it for. The views are very different than the average view on Coronavirus. He came at things very sceptically, and always from a different view, which in this case has not made him very popular.

But Danny still thinks it’s important to know just what other people are thinking. He started off in January in Chiang Mai, Thailand. And this is when he first heard about Corona from his dad. He moved but it really wasn’t a thing yet. This was very early on and then he went to Vietnam in Saigon. It still wasn’t a thing. This was February and then he went to another city in Vietnam. This is when it seemed to be there. He went with a friend and she told him that there were fewer people there.

So this is when it started happening. It was the middle of February. End of February he went to Hanoi. When he got there, the first case had been brought to Hanoi, a younger woman came from a travelling spree. She didn’t say she felt sick and she spread it a little bit. That city went on lockdown the day he left then he got to Manila, Philippines. The day he arrived in Manila, the President made a speech that basically said to chill out and stay at home if you can. A few days later on Monday, that city goes into total lockdown and it was already kind of quiet on Monday goes into total lockdown the next few days. It went on to even more restrictive lockdown today. It’s even on more restrictive lockdown. You can only go into the grocery store a couple of days a week now.

So he left and he did some research on where he wants to go and he chose Bali. Danny wanted to keep his personal views on Coronavirus limited here. He thinks it’s important to understand the function of the mainstream media. He doesn’t have anything really against the mainstream media, as long as you understand its purpose. So they’re making things and this has been documented over and over and over. That’s the nature of their business.

The amount of times he has seen the word apocalyptic in headlines, the past week is absurd. Nothing apocalyptic is going on. If you understand that about the news media. Danny doesn’t want you to live in fear. The world is not ending, measures should be taken, but don’t react so emotionally. Some people are totally stopping their business. Some people think this will go for years, some people think months. Danny believes this will be done in one month, this will be kind of over.

That means Danny is advising his hosts his community plan for a slow season of two months because the average guest is going to book about a month in advance. So two months, three months, if you want to be conservative, plan for that. You’re in a busy season, no matter where you’re at, you should have already taken this action when this kind of thing happens. You got to really take action quick. As soon as Danny lowered his price about maybe a week and a half ago, he did get some bonus bookings. The reality is you’re not going to get much occupancy so some hosts are really hurting. So this is a time to sit back and even examine your business if you can’t withstand a month of low occupancy, you should have enough cash flow to withstand this kind of things. There are some other strategies being in play. Some are good strategies. Some are not good strategies.

The people in Bali are not scared and terrified. Being in a tourist location could be the reason for that. Or it could just be kind of how they are as a culture. Nyepi is an important holiday in Bali. It’s on Wednesday, on the 25th and it was silent day. Everyone was in self quarantine. That’s what it is. Everyone stays inside. They cut the internet. And then they extended that one day the night before. Nyepi is big gatherings. The government said to cancel those.

Danny thinks that’s reasonable and correct. It seems that Coronavirus is less contagious than the media is making it seem but nevertheless that’s a reasonable precaution. They did that they have. They have asked some restaurants if possible to just do delivery only but gyms are staying open. Contrast that with the US, Danny’s friend’s golf course got shut down. If anyone’s familiar with golf, you’re not catching Coronavirus playing golf. The reasonable and unreasonable precautions being taken in different countries are quite extreme.

Another thing is the gym is open in Bali. In other places, the gym is not open. Danny was at immigration and he noticed that there was a cluster of people just shoulder to shoulder and he was thinking, that’s not social distancing at all. So how are we enforcing it in one area but not the other? It’s confusing.

The current situation in California and New York

California and New York got hit pretty hard. Danny thinks 100% cancellation. Everyone cancelled within about a week that last week of February. Here’s some actionable advice for Coronavirus. Make your listing flexible same thing you do in slow season and there’s less demand but the same supply. Make your listing more flexible as you can whether that be lower your cancellation policy. lower your minimum nights, lower your pricing. Of course, do not cancel.

Danny had a host who had a guest from China coming. It was a month away and they accepted it and they cancelled right away. Danny’s perspective is they got to go through China airport, US airport,  so let’s give our governmental organizations the credit that they deserve and this person is going to be Coronavirus free by the time they arrive. It depends on your situation. If you have a really high-risk individual living on the property, maybe it makes sense. Send a pre-emptive message. Sending that pre-emptive message kind of calms their fears a little bit.

Planning and pricing for the off-peak season


Danny has always been flexible in cancellation. When Airbnb changed the policy, there were some people who were really upset about this. Strict cancellation policy compared to the three cut moderate strict flexible, strict gets you the most money nets you the most profit. While that might be true, Danny is sceptical of how much it nets you. But he thinks what’s more important is it’s the mindset that’s something that a host has with a strict cancellation policy that kind of seeps into how they do their Airbnb business. So while they might be getting a short term boost on net profits, Danny is not a fan of it. Airbnb knows that’s pretty frustrating for a host to do the right thing and do flexible cancellation policy and then get cancelled on the day. It is frustrating so they don’t get it, they’re gonna boost your listing. And you’re almost always in busy season almost always going to get a rebooking.

In these times, something you should do is you should be targeting local guests and a great idea is to make your space event-ready or even better list on an event-ready type space, these are college students doing videos or whatnot. Have the house set up to do an event-ready space. It can be anything from they want to shoot a part of a movie or a commercial or they want to have a reception there or any kind of an event, but these are usually professional type events where they bring in cleaning staff themselves. They don’t use the kitchen. They don’t stay overnight, though, there’s going to be more people at your space.

Danny’s decision to switch off from the noise

When you say stay away from the noise, Danny takes it as not reacting emotionally. Not to say he doesn’t have emotions. In fact, one of the posts he made on Facebook and it was just giving his stance on this current situation. He got 130 comments which are a lot for him. Most of them, 90 plus per cent were very negative and even like personal attacks going on, they’re hurtful, they’re still hurtful. He does have emotions, but reacting emotionally usually isn’t a good idea. He stays away from the news when he reads things.

Danny wouldn’t consider himself a conspiracy theory type of person. He was reading a couple of articles to try and get both sides. He wants to see both sides of the story. If you get both sides you stay unemotional. When you’re emotional, like people respond to his Facebook posts like calling him a moron and a personal attack. Why don’t we have a rational discussion?

In three weeks, Danny believes this will disappear. What will happen is the same thing that happens always, there have been all these issues in the past and it really reoccurs and reemerges. With hospitality, it’ll come back. It’ll come back within three weeks, you already start seeing it China shut down their last Coronavirus hospitals because there wasn’t enough demand. They’re about a month in advance of everyone else. You’re already seeing some charts. They’re quite misleading. The lines are flattening out. Even if this thing was contagious. People are quarantining themselves it can’t possibly spread, it’s already on its way out. \

Danny thinks things rationally. He always thinks of how he can take advantage of the situation. He invested a good amount of money in the stock, they plummeted. And when he announced he did this, a lot of people who are reacting emotionally to this. First of all, they’re making an error in judgment and that they think they can predict the market. No one can predict the market. Danny saw a big discount and he bought it as a long term investor if it continues going down further, he’s gonna buy more but because he’s a long term investor, he will make his money back.

You can find more about Danny on his Instagram. 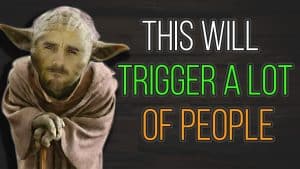