bed and breakfast Blog booking Booking.com booking engine Bookings Boostly Boostly Podcast case case study coronavirus Customer Service direct bookings Email email marketing Expedia Facebook GOogle Hospitality hospitality business hospitality industry Hospitality Marketing hotel hotel bookings Hotel Marketing hotelmarketing hotel marketing tips Hotels How to Instagram Interview marketing marketing tips Online travel agent online travel agents ota OTA's podcast Reviews Social Media technology testimonials tips TripAdvisor website
Ever since the White Moose and Elle Darby scandal of January 2018, there’s been a bit of avoidance by Hospitality Owners and Social Media Influencers to work together. Sarah from Peake’s Retreats, however, contacted me to share her experiences. I spoke with Sarah and the outcome was very positive. So much so, I asked for her to put it into writing so you reading this can make your mind up if working with an influencer is worth it for you. 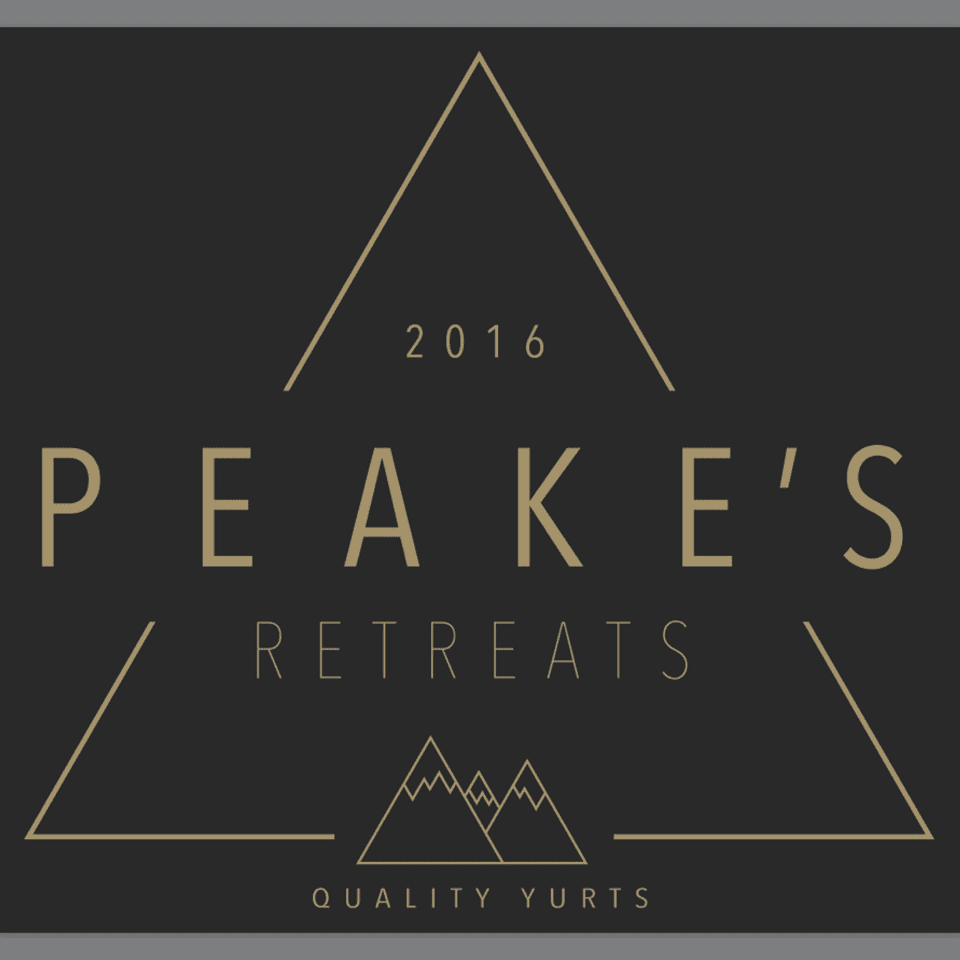 My experience of working with social media influencers

I was incredibly lucky with my first experience of working with a social media influencer (@theimperfectly perfect parent). Heather contacted me a few days before she wanted to stay as she was travelling from Scotland to Plymouth and wanted to break up her journey.
She then paid for her first stay with us, and when she left we had a conversation about social media, she mentioned that she had a reasonable following on Instagram (and Facebook) and would I like her to do a post for us.
Heather informed me she had been offered several paid opportunities but had turned them down as they were not brands that she necessarily believed in or knew much about.
Heather did a post for us and the result of this was that we gained circa 200 followers instantly, my inbox also started filling up with other influencers wanting to collaborate.
Whilst I did not agree to any collaborations I did contact Heather and ask if she would be interested; in exchange for a place to stay whenever they travelled to see family in Scotland as well as a discount for a family when they made the journey would she posted on social media for us. I was so pleased that Heather was agreed as I wasn’t sure if I was pushing her no collaborations/ paid post boundaries. 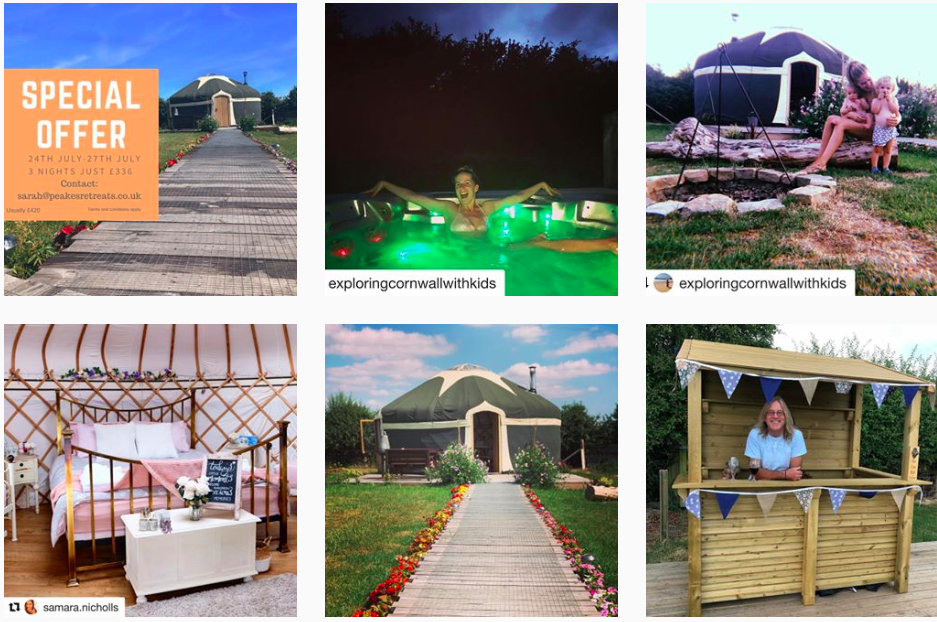 Heather has since stayed several times and we have actually become friends as a result, I am in touch with Heather most weeks and we are trying to plan lots of other different ways to take the collaboration further. Our following on Instagram has grown to nearly 1100 (from 230 before Heather stayed) we have also had plenty of direct bookings as a direct result of Heather’s posts. I have given her a weekend to offer as a competition prize, which grew both of our followings and again brought several bookings with it. We did a discount code which people used 3 times. We advertised the discount over a period of about a week. 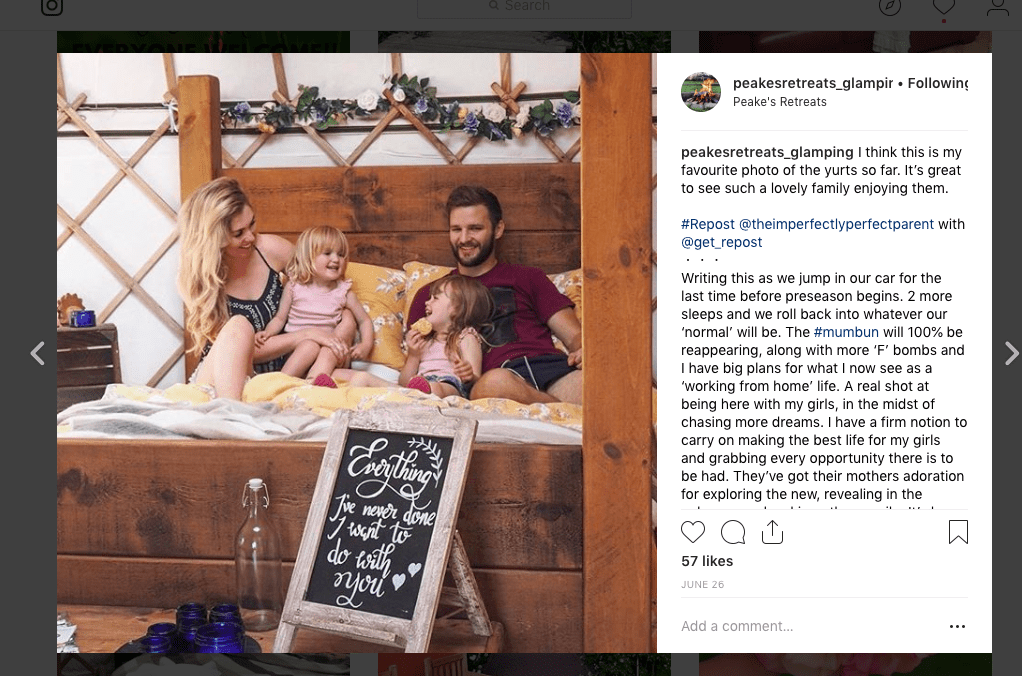 I also plucked up the courage to contact a local blogger/influencer who had just had a baby and offer her a ‘break‘ from newborn life with her partner and baby, again we have stayed in touch and whilst I would like Heather to remain, my main collaborator, Chloe has added to our following (@TheDawsonDiaries_) and I’m sure we will work together again in the future.
I also tried a different approach to social media. An Instagram influencer contacted. They offered to ‘advertise’ us by posting one of our photos to their grid and to stories. I paid €15 for this. But nothing came of it. After 24 hours he removed the post and of course stories just disappeared.
This past weekend we have had 2 guests who both posted about their stay on Instagram. They were not collaborations and between their posts, a further 60 people started to follow us.

What have I learnt from my experiences?

It is not the number of followers an account has but the authenticity of that person and their account.
The influencer account that I paid to advertise had 12k followers when Heather first posted for us she had 8k. Chloe had 10k and the two guests who recently stayed have 2k and 3k.
The interaction Heather has with her followers makes them loyal to her and makes them trust her. When they trust her and believe in her they are more likely to support what she is promoting. The same goes for Chloe and the other two mentioned. The one I paid is clearly just out to make money. Therefore there is no connection with his followers. His posts are ‘pretty’ but lack engagement.
When looking for an influencer I would look for an account that has ‘true’ followers and not paid followers. The owner of the account interacts with a lot of the comments and followers. They clearly believe what they are saying and businesses don’t just pay them to promote.
Heather has been absolutely fantastic she regularly sends me a message with an idea for advertising. Just this week she text me ‘hey I’ve had an idea for some Christmas promotion for you…’
She has written a fantastic blog post, which I did not ask her to do and it now features on the home page of our website. Chloe has also messaged me to say she is writing a blog post for us. Again this is completely off her own back. We have made a connection and I believe that is one of the most important things. 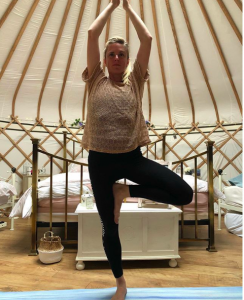 Thank you so much to Sarah for sharing her experiences.
Influencer Marketing is a very powerful tool for boosting your direct bookings, IF DONE RIGHT.
The problem is that so many people don’t know how to start.
If you would like to find out how get in touch mark@boostly.co.uk